← Back to all posts

Speed up your development workflow using npm initializer packages — even write your own! 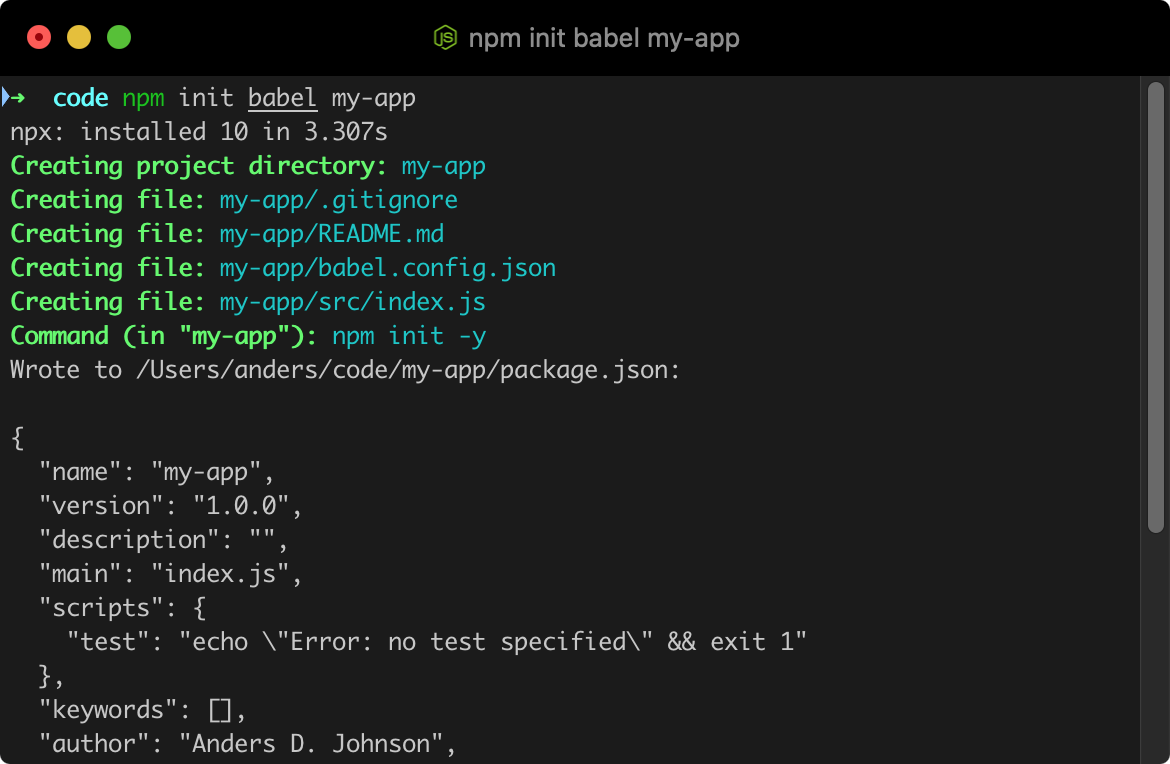 Want to speed up your development workflow? 🚀

What if you could automate creating new projects? 🤖

Like create-react-app ⚛️ but what about for other kinds of projects?

You’re probably familiar with this tedious process 😞 — and it’s especially tedious for monorepos!

It turns out npm init has a feature where it can execute “initializer” packages named create-* on npm.

So all you have to do is just run a command like:

This will create your project based on the script in the package create-babel.

So naturally, I’ve created several of my own initializers:

You can find more of mine on GitHub.

If you dig into the source, you’ll notice many of initializers use my utility base-create that makes it easier to write them. I also wrapped that in base-create-monorepo to help write them for monorepos.

And there’s a healthy, open-source community with many more initializers available! Try searching for create-* on npm.